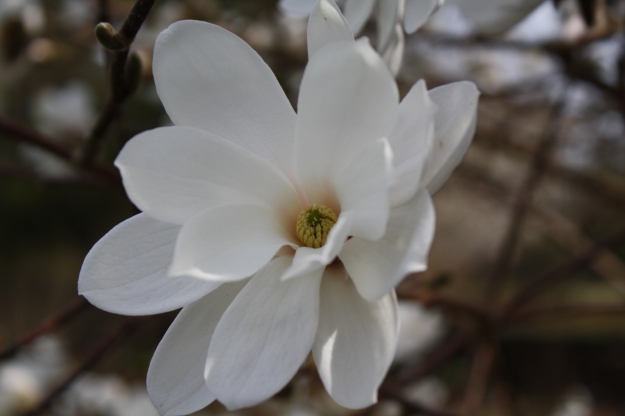 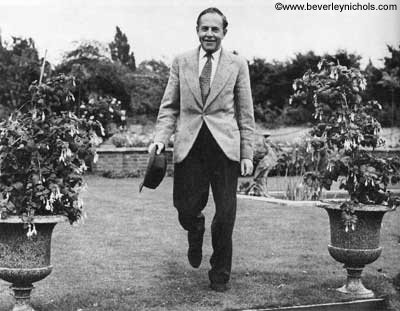 First, I was reading a book called “The Signature of All Things” by Elizabeth Gilbert (my friend Jane said “You should read it! it’s all about moss!”). It sort of is, it’s about a woman who is a botanist in the early 19th century. A few days later,  I was reading Botany Photo of the Day, with an entry about a plant named for a woman, Jeanne Baret (1740-1807). Baret disguised herself as a man to go on a botanizing expedition in the 1760s, on a voyage to South America, Mauritius, and Madagascar. A commenter on the BPoD post mentioned (along with names of many women botanists, who I had great fun looking up) a  book titled “Merry Hall” by Beverley Nichols. The commenter said that in the book Nichols tells the story of Jeanne Baret.  So then I decided to read that book. Well, it turns out that he briefly mentions the story rather than fully telling it. I read it anyway. “Merry Hall” is a gardening book in a very old-fashioned sense –Beverley Nichols bought an English estate, and hired gardeners and laborers to create his vision of  the surrounding gardens. But here’s what I am getting to: Despite being written over sixty years ago,  how he felt about his garden sounds remarkably like how I feel about my gardens, and perhaps how you feel about yours. Listen….

“…an important truth about the gardener’s life as opposed to the lives of other people – the fact that each new year is more startling and more rich in beauty than the one that preceded it.”

“An encore in the garden, unlike an encore in a concert hall, is almost always more exciting than the original performance; to do something for the second time in a garden is always better than doing it for the first, and the third time is better still, and the fourth and fifth, ad infinitum. Every time you push aside the damp frosty leaves…to greet the first snowdrops, the flowers seem to gleam with a purer white; and time cannot wither, nor custom stale, the beauty of (the) line about the snowdrop… ‘And hails far summer with a lifted spear’ .”

About spraying insecticides:  “…perhaps there may be, somewhere in the world, somebody who is as silly as I am on these matters, someone who worries beyond all reason about the trials and tribulations of very small- -and often unalluring – creatures who are regarded by ‘normal’ people as only fit to be trodden underfoot. Though few insects are less alluring, though they are an infernal nuisance and probably a mass of germs, that is not the point. However unpleasant they maybe, God made them that way, and somehow I feel that it is all wrong to assume this role of mass torturer.”

“I believe ..if it were possible to take…a psychic photograph of a gardener, you would find that there would be  ghostly tendrils growing from the tips of his fingers, and shadowy roots about his feet, and a pattern of ectoplasmic lines that linked him in a natural rhythm with the curve and sway of the branches about him. And..if this same picture were taken when he was removed from his natural environment…tendrils and roots would be starved and stunted, the rhythm broken. ‘Green fingers’… is a fact in physiology.”

“When I begin to write about flowers I lose all sense of restraint, and it is far, far too late to do anything about it. You cannot say you have not been warned.”

I would love to hear about your favorite garden writing, old or new!